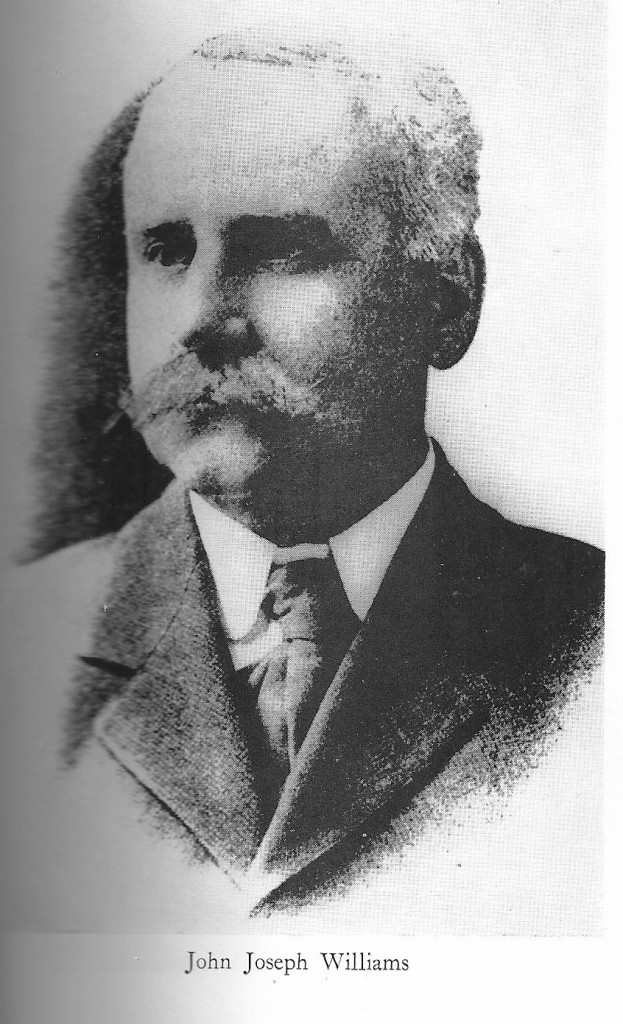 In the 1970s, local preservationists and authors Peggy Jemison and Virginia Dunaway embarked on a project for the Metropolitan Interfaith Association (MIFA) to document the histories of eight historic Memphis neighborhoods, including Cooper-Young. Published in 1980, their work was the first real history of the area, which at the time was in a state of decay.

In the sixth in a series of excerpts from the book, this month we watch as Cooper-Young explodes with new subdivisions in the early 20th cenurey

New Cooper-Young subdivisions and homes were destined to follow the transportation gains at the end of the 19th century. Memphis recovered enough from yellow fever epidemics and bankruptcy for men to begin thinking about eastward growth. One of the first and largest developments was the Mount Arlington subdivision east of Cooper, surveyed by R.B. Richardson in 1890. Fred Murry, a longtime resident, reported that the developer was Frank E. Hill, who staked out a sign advertising 2,000 lots for sale. Murry’s father was the purchaser of a home at 931 Nellie Bly (now Cox). The Mount Arlington subdivision was planned as a modest one with some small 25-foot lots, though most were 40 feet or more. While the homes were not large, they were, in general, well built. Mrs. Aleene Lee, mother of Mrs. Kemmons Wilson, resident of 1076 Blythe for 53 years, said, “You know when you build yourself you aren’t going to put shabby stuff in it.” An articulate real estate salesman, Frank Trimble, advertised in the 1899 Shelby County Centennial Souvenir booklet desirable suburban property near Montgomery Park known as the Mount Arlington, Trimbleton, East Lynn, and Hawthorne subdivisions. He urged “capitalists and investors” to heed the attractive prices and terms on his 800 unsold lots. The ad offers “rapid and frequent communication with the heart of the city, and in all respects most eligibly situated.”

At the turn of the century, other land was being turned into subdivisions. E.E. Meacham developed the Cooper and Central Avenue subdivisions. Henry Cohn planned a development of larger lots suitable for finer homes covering the area bordered by Tanglewood, Young, Cooper, and Southern. Among those who bought there was William Slater, whose home on the corner of Walker and Cooper is one of the oldest there. For many years, it was leased to the Odd Shop.

The J.C. Sneeds lived at 999 S. Cooper before 1898, and this house still stands. Sneed worked for the Sanitation Department. Further subdivisions were laid out by F.O. Bailey, J.J. Williams, Edmundson and Cummings, and Rausch, Hobbs, and Bailey. J.D. Nowlin built many of the houses in this last subdivision, according to his daughter Louise Rogers. She also remembers the Ladd’s dairy farm, which was located at Barksdale and Walker where they had a dozen or more cows. The George Tidwell subdivision ran from Cooper east to Meda and Young and north to Nelson. The McLaughlin Land Company owned 45 acres, which it sold to the Oak Grove Land Company in 1905.

Most of the houses in Cooper-Young were built in the first 15 years of the 20th century. Many are of the Victorian Queen Anne style popular in that period. The eaves of the houses were decorated with interesting shingles swirled in diamond and fish scale patterns. The houses often had large front porches; many were corner porches that wrapped around the house. They were designed to catch all the summer breezes andd to provide places to socialize with neighbors. Some gingerbread adorns the houses, and mullioned fan lights crown many doors. The inside of the houses have high ceilings, fireplaces, and bay windows. Terracotta chimney pots add a decorative touch to the houses. Ventilation holes in the eaves were often covered with sawn-wood ornaments; one of these, the five-pointed star called a pentagram, was generally used as a symbol to offset evil. Many brick bungalows were built with tapering columns to support the roof.

To understand the development of the neighborhood, it is necessary to return to the city election of 1898, when the “greater Memphis” movement was a key issue. Its primary purpose was to expand and modernize the city. There was a push for annexation because people were convinced future epidemics could be avoided only by providing modern sanitary measures for the areas surrounding the city. J.J. Williams, a large property owner in Cooper-Young, ran against the incumbent, Lucas Clapp, who was supported by The Commercial Appeal. Williams won, his opponent claimed, due to judicious use of approximately two thousand black voters. There were many black voters in the South prior to Jim Crow laws being reactivated in Memphis in 1905. Williams became very aggressive about expansion, perhaps too much so, for his annexation bill allowing for tax exemptions for public service was declared unconstitutional by the State Supreme Court. Pressure to expand was still strong. A new boundary line was proposed and approved on January 28, 1899, which took the city limits to Cooper on the east and Trigg on the south. Governor Benton McMillan approved the boundaries and repealed the charters of the three incorporated towns: Idlewild, Madison Heights, and Manila. The expansion of 1899 was the single greatest the city made, adding 12.13 square miles to bring the city’s total to 16.8 square miles. The population was now approximately 98,522. There was growing confidence in the city’s future, especially since six new rail lines entered the city.