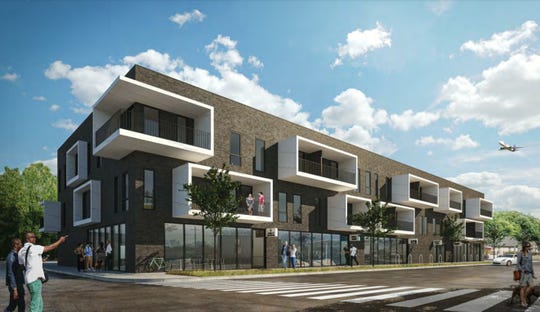 The Cooper-Young Community Association will host a public meeting with developers of a proposed mixed-use building at 871 S. Cooper in Cooper-Young. The meeting will be October 3 at 6 p.m. at the CYCA offices, 2298 Young. Organizers request that comments and supporting images and documents be submitted in advance by email to the Downtown Memphis Commission at roler@downtownmemphis.com.

In early September, CPK, LLC announced their plans to tear down the old Southern Textile & Supply Co. building at 871 S. Cooper across from Soul Fish Café. In its place they proposed to build a three-story mixed-use building with 34 apartments and retail/office space on the ground floor. The project has already received approval of a 15-year PILOT incentive that will reduce its tax bill by 75 percent. Many Cooper-Young residents have come out against the development, citing its architectural inappropriateness and concerns over parking. The project includes 66 off-street parking spaces. — M.J.