Why I Run the CY 4 Miler Every Year 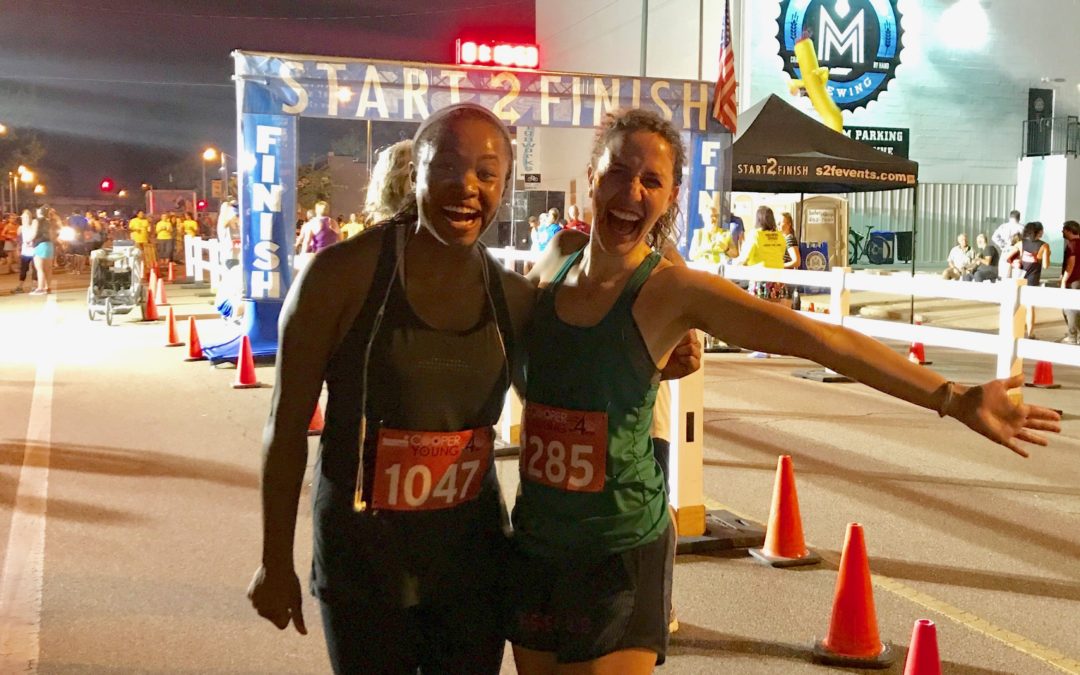 Hello, everybody! My name is Annalyse Faulk (that’s me on the right), and I have lived in Memphis since March 2016. If you really want to know about my running origin story, we’ll have to dig up some trauma from 8th grade cross country so we can fast forward to college. That’s when I started running more consistently as a way to exercise for free and hang out with my friends.

I won’t win any races, but I love the feeling of my heart pumping, body working, and mind clearing. I’ve probably done 25 road races since middle school (not including the dark days of XC) from 5k’s to half marathons. I’ve done them pretty slow and I’ve done them pretty fast (at least for me!). I love a good road race. Let me tell you why I love the Cooper-Young 4 Miler. Spoiler alert: it’s not just because of the t-shirt!

My first experience with the Cooper-Young 4 Miler was September 2016. I was still pretty new to Memphis so I was trying to soak up all the Memphis Firsts I could. When my roommate suggested we run a race in a hip and funky neighborhood called Cooper-Young, I was all in! Turns out, she had to back out at the last minute so I ended up running by myself and with what seemed like a million of my new neighbors!

I was instantly enveloped in the sights and sounds of Cooper-Young. This was the first road race I had ever done that involved the community at such a high level – which I definitely think is the magic of the event. Others races I have done may have a water station here or there, but I coming back year after year because of the encouragement and entertainment the neighborhood provides! What other race gives you the chance to run through sprinklers, watch an inspirational Rocky scene, stay hydrated with a variety of beverages, and jam to music the whole way through?!

Plus, the way to this girl’s heart is through my stomach so I definitely appreciate the post-race feast! I don’t have to feel bad about my pizza and tacos since I just ran 4 miles, right?

While some races feel like a separate entity, the 4 Miler feels like a true community gathering. I’ve now run this race with friends and without so I can tell you from both perspectives it feels like a party no matter what! The Cooper Young 4-miler has easily become my favorite tradition for celebrating a great summer and welcoming in the fall!

If you would like to register for the CY 4 Miler, our biggest fundraiser, as a runner or a spirit runner just head to this link. This year it will be held Friday, September 13. Yep, you heard that right.